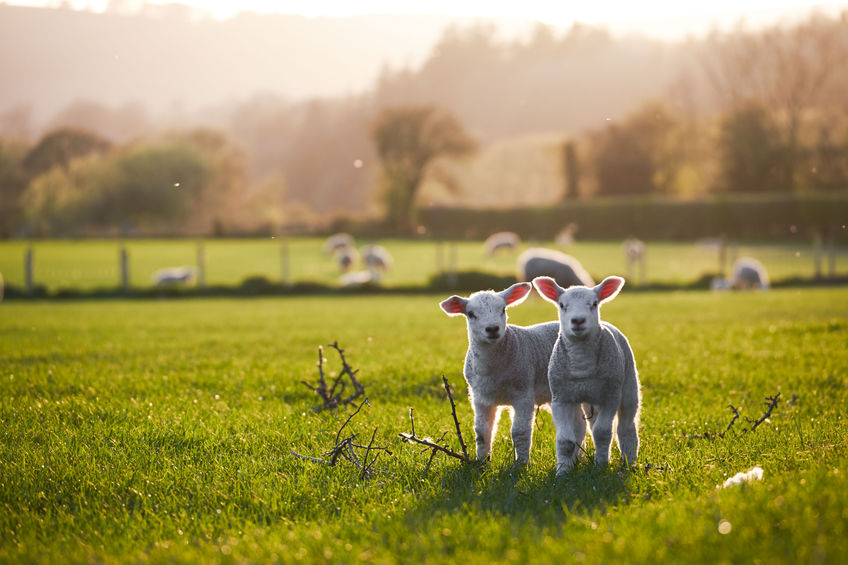 Background: This veterinary practice-based study was motivated by a knowledge gap identified during flock health planning activities and engagement between veterinarians and commercial sheep producers in a regional knowledge exchange programme in South West England. Common queries to the veterinary practice from sheep producers during summer to autumn 2012 included the value and timing of vaccinations to prevent disease associated with pasteurellosis. Discussions between veterinarians and consultants working in preventive sheep flock health planning stimulated a scientific literature search, which highlighted the lack of published data on field vaccine testing of Pasteurella components under British sheep commercial farming systems, and a lack of strong evidence in order to inform practical questions regarding the optimal timing of vaccinations aimed at preventing lamb mortalities in the pre-, peri- and post-weaning periods.

Evidentiary value: A field vaccine trial was conducted on six commercial sheep flocks in South West England. From April 2013, across the six farms a total of 900 twin-born lambs (Ovis aries) were systematically randomly allocated into 1. unvaccinated, 2. early- (6 to 8-week-old) or 3. late- (18 to 20-week-old) vaccination groups. The study provides evidence to support recommendations for sheep producers regarding risks for clostridial disease in fully unvaccinated sheep flocks, supports the benefits of preventive ewe vaccination, and indicates that pre-weaning vaccination of lambs may be beneficial for reducing peri- and post-weaning losses on some flocks. The study highlights the challenges of identifying the reasons for mortality in grazing lambs, and provides new evidence to support the need for early intervention and treatment of ocular lesions in young lambs, in order to reduce their negative impact on lamb performance.

Methods. During the 6-month trial, lambs were assessed for ocular lesions, orf lesions, clinical respiratory disease, lameness, diarrhoea, and ear tag losses. Monthly liveweights (kg) and mortalities were recorded. Lambs were removed from the study when they reached producer-defined finishing objectives, ≥46 kg liveweight or when they died.

Results: Overall, low levels of mortality and disease outcomes were observed in both control and vaccinated lambs. A mortality rate of 33 deaths per 1000 lambs at-risk, 0.8% lameness (95% CI 0.6–1.1), 1.7% diarrhoea (95% CI 1.4–2.2), 3% ocular disease (including ocular discharge and/or entropion) (95% CI 2.2–3.2), and 2.6% orf lesions (95% CI 2.2–3.1) were recorded over the trial period. A higher proportion of mortalities occurred in unvaccinated or partially vaccinated lambs (n=23; 76.7%), as compared to trial lambs that had received a primary vaccine course (n=7; 13.3%). A small proportion of mortalities (n=3; 10.0%) occurred in lambs whose vaccination status could not be confirmed No clinical signs of respiratory disease were recorded during veterinary or producer assessments of control or vaccinated trial lambs. Mixed-effects models found significant between-farm and time differences in liveweights (p<0.001) but no significant effect of vaccination status on lamb growth rates. A dramatic decrease in lamb growth rates across all farms coincided with the weaning period – this was also the period in the study were the majority of grazing lamb mortalities were identified in flocks that routinely vaccinated their ewes against clostridial disease and pastuerellosis.

Conclusion: A clear trend was found with fewer mortalities occurring in lambs that received a multivalent clostridial and Pastuerella spp. vaccination course compared to unvaccinated lambs. The reasons behind mortalities in grazing lambs were not diagnosed given the low submission of carcases for veterinary necropsy examination that was attributed to carcase scavenging and decomposition. No significant effects of vaccination were found on lamb growth rates or clinical outcomes. However, a secondary finding was the significant negative effect of ocular conditions (including discharge and entropion) on growth rates of lambs aged 6 weeks and over – supporting the need for early recognition and intervention in order to reduce animal welfare and production impacts.

Application: We highlight study findings, field experiences and discuss some of the practical challenges and considerations in design and conduct of field vaccine trials used to inform evidence-based veterinary practice. The study will be of interest to veterinary surgeons, sheep producers, flock health and agricultural consultants, pharmaceutical agencies and advisors, researchers and those engaged in applied studies in animal health and welfare, veterinary epidemiology, preventive health management researchers, and participants and advisors in field vaccine trial design and development.