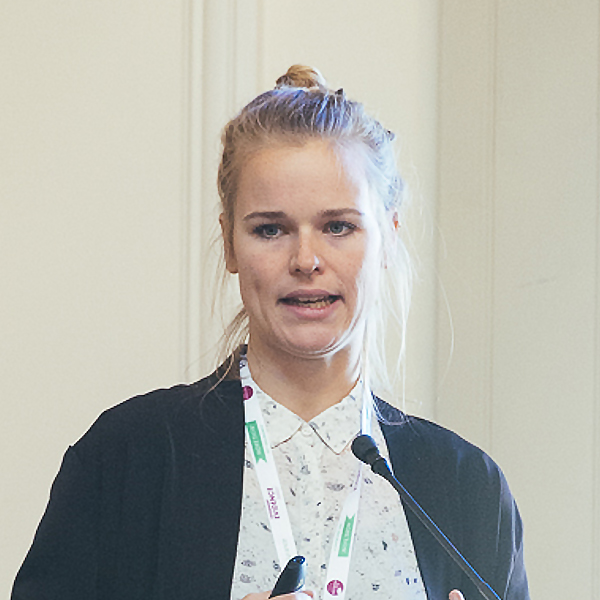 Objective: The objective of this study was to assess the efficacy of ketoprofen for the treatment of APM compared with ceftiofur hydrochloride.

Materials and Methods: A total of 610 dairy cows from 6 farms in Germany were enrolled. Inclusion criteria was a rectal temperature (RT) ≥ 39.5 °C and a reddish-brown fetid vaginal discharge within the first 10 DIM. Cows meeting the inclusion criteria were randomly allocated to treatment with ketoprofen (3 mg/kg of body weight, n = 300) or treatment with ceftiofur (1 mg/kg of body weight, n = 310), both administered on 3 consecutive days. Rectal temperature was recorded daily for a period of 7 days after enrollment. Cows that showed RT ≥ 39.5 °C on day 4 to 7 after inclusion received an extended treatment (extT) with ceftiofur for 3 (ketoprofen group) or 2 (ceftiofur group) more days. Between 21 and 40 DIM cows were examined with the metricheck device and vaginal discharge was categorized on a 5-point scale according to the presence of pus.

Results: A total of 52 cows (35 from ketoprofen group, 17 from ceftiofur group) were excluded from analysis due to missing protocol compliance (n = 37) or concurrent disease (n = 15). Cows initially treated with ketoprofen had higher odds of extT than cows treated with ceftiofur (61% vs 31%, OR 3.47, P < 0.01, n = 558). Occurrence of purulent vaginal discharge (PVD) was similar for both treatment groups. However, cows with extT had 2.12 (P < 0.01, n = 438) times the odds of PVD than cows without extended treatment. Treatment group did not affect milk yield, first artificial insemination pregnancy risk, time to first AI and time to pregnancy.

Conclusions: The results indicate that although cows initially treated with ketoprofen were more likely to receive extT, fewer doses of ceftiofur (1.83) were required compared with cows initially treated with ceftiofur (3.63). Consequently, there is considerable potential of reducing antimicrobial treatment by implementing a treatment protocol starting with ketoprofen.