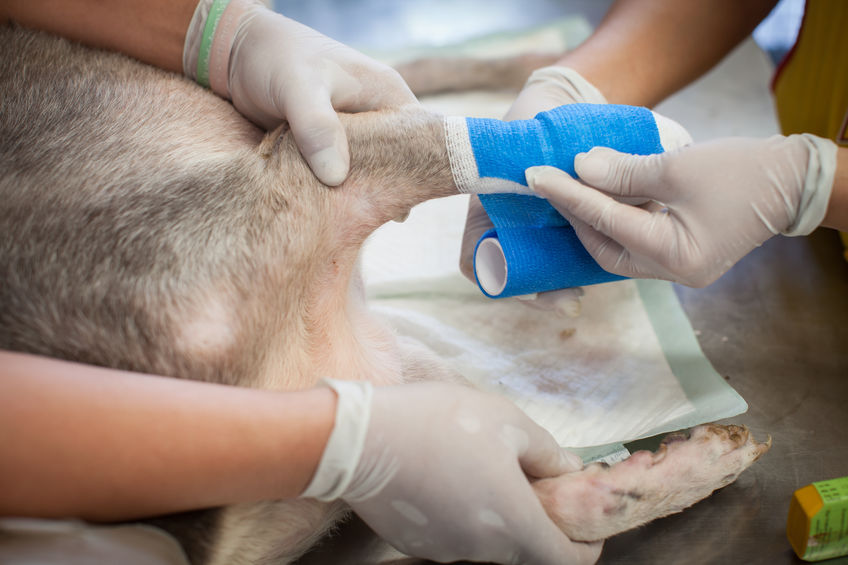 Evaluation of Cosmetic Results of Surgical Wound Closure in Dogs

Background: Perception of post-surgical cosmesis by human patients has been found to influence their satisfaction and perceived adequacy of vet surgeons. Due to the trend of owners anthropomorphising pets, this logic can be extended to veterinary patients. Also, there is a lack of consistent, reliable methods to evaluate cosmesis have been developed, creating the need for a scoring system that is accurate and reproducible.

Evidentiary value: This was a prospective cohort study with one hundred and seven patients. This study may not change day-to-day practices, but it will bring to light for practitioners the discordance between pet owners and vet surgeons concerning attractiveness of an incision as well as overall satisfaction with a procedure.

Methods: Photographs of surgical wounds were taken immediately, 2 weeks, and 8 weeks after surgery in dogs. Owners were asked to evaluate satisfaction with the procedure and attractiveness of the incision using the VAS. Photos were evaluated for cosmetic outcome by pet owner and vet surgeon evaluators with different scoring systems. The reliability of the scoring systems was evaluated using intraclass correlations and kappa statistics as appropriate.

Results:  Owners’ evaluation of cosmetic outcome correlated with their overall satisfaction. (r2=0.37, where r2 is the coefficient of determination, and can be used to determine what proportion of variance in one variable is predictable from the other variableThere was generally poor reliability of the subjective scoring between both vet surgeons and pet owners, and the less subjective scoring systems.

Application: The results of this study are relevant to all veterinarians in clinical practice, from general practice to tertiary referral centers. This study should be kept in mind when speaking with owners to establish pre-surgical expectations as well as mediating conflict due to a difference in opinion with regards to a surgical outcome.