The Use of Canine Stifle Orthotics for Cranial Cruciate Ligament Insufficiency

Evidentiary value:  This is a retrospective study of ten dogs treated for unilateral cranial cruciate ligament rupture with a stifle orthotic.

Application: Custom canine stifle orthotics should be considered for cases with concurrent medical conditions or financial constraints that do not allow for surgical intervention. 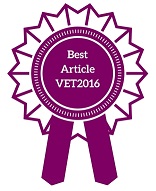